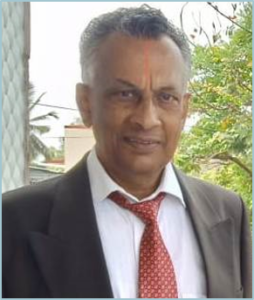 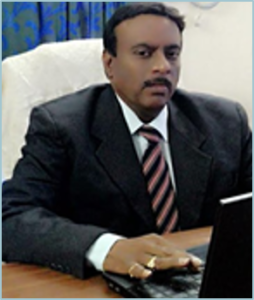 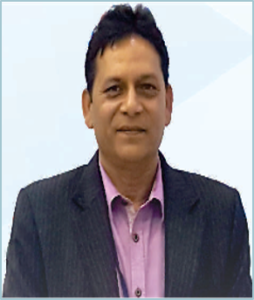 John PandiyanJoint Managing Director
About Us

We are an India-based professional services company, who have been actively catering to small, medium-sized and big companies across the world.

Mr. Rangarajan is the Chairman of Encore Business System. After completing his CA has had an enriching career spanning industries including Banking, FOREX, Institutional Finance and Merchant Banking.

Was the first CEO of Haritha Finance an NBFC. Has also been into Business Consulting and Merchant Banking.

He is the promoter director of Encore Business System which is currently into Management of Businesses and Project implementation from start to finish.

Mr. John Pandiyan is born in Singapore and has started his sparkling Career in the largest Shipyard in Singapore and had gained sufficient hands-on experience working in several intrinsic complicated technical wont for over 15 years working on different fleet of foreign ships including Passenger. Cargo, Oil Rigs, Nary and Coast Guard.(Singapore. Indian and several foreign countries). Later he founded a Flagship Marine and Engineering Company in Singapore, in 2001,and took the company to leaps and bound, within a short span of time,for which, he has been conferred as the Test "SME Entrepreneur Award",for the year 2009, by the Singapore Government. Mr. John Pandiyan is well connected in the Marine field,his name well known and a household name. to every Marine company in the world, earning his name and fame, due to his professional solutions to critical problems.his other traits being, honesty, loyalty, and above all simplicity. Mr. John Pandian has an international Marine Red pass, due to which, he is most sought after person, offering a correct on the spot solution and repairing at Mid Sea international waters and has thus traveled far and wide internationally, being a regular globe trotter.

Mr. John Pandiyan's Maxim "SERVICE AT ANY TIME & ANY WHERE" has proved to he a win-win solution for everyone through "tearn work". and this has enabled him to command a loyal work force across the globe that can cater to the needs of any situations with timely solutions. Mr.John Pandiayan, a visionary, has foreseen that India is going to be the future hub of prosperity of the world,through its GDP growth of over 7.5 percent of on an average years and thus he has incorporated Seahorse Marine Engineering Pvt ltd. with HQ in Chennai, with several branches in coastal country sides. These convenient outlets, caters to, not only Marine Engineering and ship building/Repairs but also servicing other portfolio of the company like being Representatives of OEM like Industrial radiators of 800 KVA to 100 MW. Heat exchangers and oil coolers catering to power generation, heavy machinery, equipment. oil and gas as well as other industries .Keeping in mind the global security environment and also the ship piracy issues e.g Somalia Pirates, Mr. John Pandiyan is also on a mission to train the workforce in indict and other parts of the world. His company Jaycube Security Pvt Ltd, in India, is supplying Marine technical man power,. to Marine companies and ships,at short notice but also trains top notch marine security forces to guard ships and avoid mid sea piracy., To achieve his aim, he has built a State of art Factory & Training centre. near kalpakkarm Tamil Nadu, India. This 21.600 square feet Factory 5, and in-house training Center can extend Practical Training to a minimum of 50 in-house trainees, at any given time on engineering related and marine works. His other interests are coal mines and supplying of coal from Indonesia and Used cooking oil (UCO) for the manufacture of bio diesel in bulk Communication: Listen. Organize and Coordinate for Right Products, Right Specification, Right Quantity & Right Cost. Good Timing Deliver our services to customers in right time.